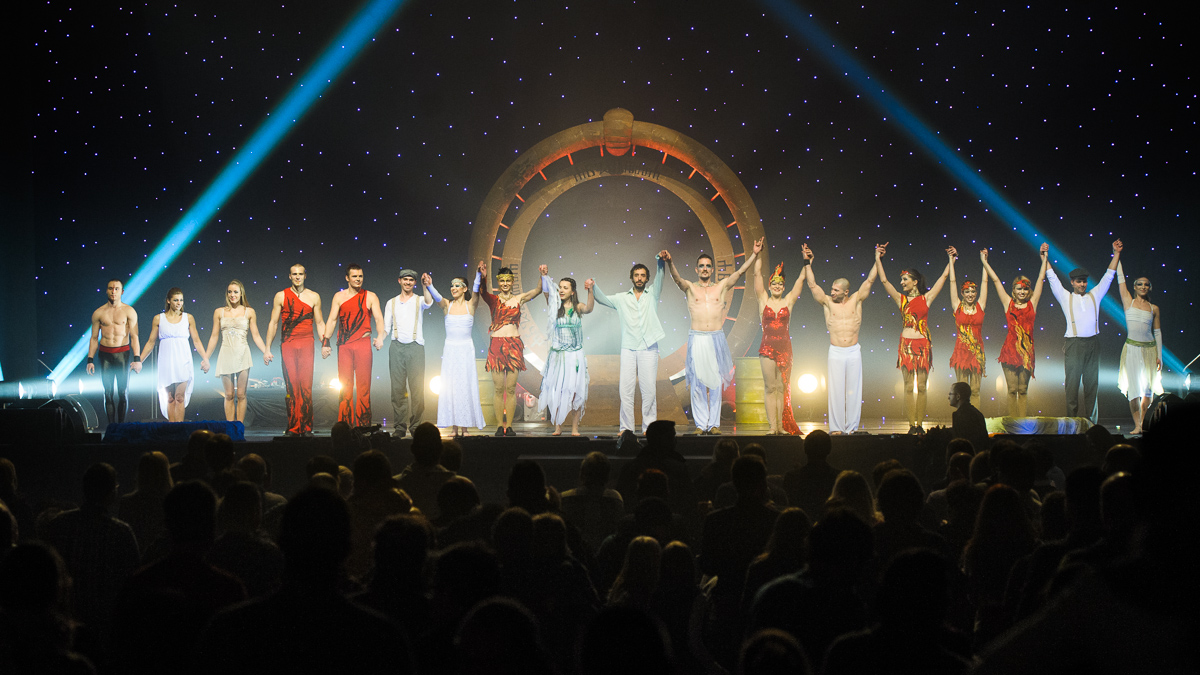 While outside it was snowing silently, the inside of Aegon arena NTC´s hall was packed with people bursting into rapturous applause. This is how the audience was responding to the successful opening night of the show of Argolla the 5th Element put on January 18, 2013 in Bratislava. The enthusiastic audience (estimated attendance of 2,500 people) enjoyed the unique work of Slovak artists who for the first time after their success abroad presented their show in their home country – in Slovakia.

The performance about a search for the mythical 5th element has brought a ninety-minute sequence of acrobatic acts interlaced with engaging dance acts, as well as with brilliant acting of Vašo Púčik and Tomáš Horváth. The unique show was accompanied by original live music performed by multi-instrumentalist Maok and singer Sandra Urbančíková.

The show itself was rewarded with rapturous applause and at its end the creative authors and performers received a standing ovation.

“It was an evening full of strong and unforgettable emotions. The amount of positive reactions that we have received indicates that our work is well worth the effort. Therefore we would like to thank all the spectators. We have a wonderful audience.” said the director Silvia Poláčková about the successful premiere.

“We would like to tour with the show and bring it to further Slovak cities. We are also considering some offers from abroad. At the same time some great ideas for our new performance are popping up in our minds. Let yourselves be taken by surprise!” This is how the co-author of performance, Matúš Ritomský, unveils the partial details of their plans for the future.